Every single packet of cigarettes says, “Smoking Kills”, yet people are unable to give up the habit of smoking. It is a vice that is responsible for various fatal illnesses related to the lungs and the heart. Apart from these two areas of the body that it mainly hits, rheumatoid arthritis is also said to have been caused partly by smoking.

Since the time smoking has been said to affect rheumatoid arthritis clinical researches are being conducted so as to be able to clearly discern the connection between smoking and this chronic autoimmune disease. Regina Kurrasch is a rheumatologist who conducts various clinical researches specifically for patients with rheumatologic problems. She believes in innovation and providing her patients with the best quality treatments, and hence she has teamed with other professional women who feel the same way. 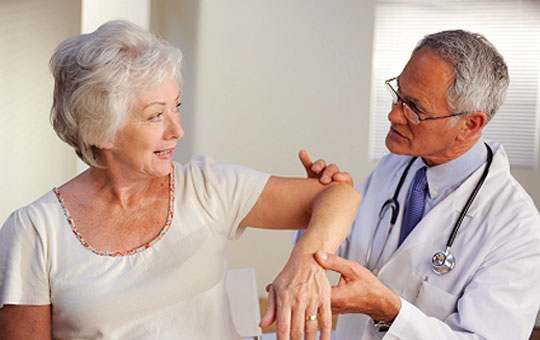 The rheumatoid factor, though not present in all people, yet are certain antibodies which when combine with other antibodies trigger off the autoimmune response. A high level of these antibodies, that is mostly present in elderly people, is in a major way responsible for the outbreak of rheumatoid attacks. Researchers have shown that this condition is aggravated in people who are smokers in comparison to the non-smokers.

The rheumatoid factor is higher in smoking individuals irrespective of the sex, and in fact keeps on increasing when examined for a longer duration. All this was revealed in the clinical researches conducted by a doctor, and it is this kind of varied research that Regina Kurrasch also conducts to try come to an understanding of the probable causes and their treatments of Rheumatoid Arthritis.

Smoking was also observed to be affecting the treatment process of arthritis of this nature. The benefits and effects of the treatment were slowly being diminished by smoking. Studies have further revealed that the effects of medications like methotrexate, which are used in the treatment of rheumatoid arthritis, are lessened in those who have the habit of smoking. Patients were also reported to have not been able to respond to the medication at all in some cases, while those who have had a history of smoking in the past were not showing any non-responsive behaviour.

The WHO is of the view that about 0.8% of those above the age of 15 are prone to being attacked by rheumatoid arthritis which is a chronic autoimmune disease. This kind of rheumatism is largely common and has as its symptoms swelling, redness accompanied by severe pain around the joints of the body. In this kind of arthritis both the bones are affected and hence the pain is much more severe than other types of arthritis.

It is not that smoking solely is responsible for the occurrence of this, even the person who is a not a slave to bad habits may be a victim of this dreaded painful ailment. It is hence best to avoid any kind of bad habit to be on a safe side.

How To Choose The Correct Addiction Treatment Program

Fertility Treatment That You Should Know

Setting Goals For Your Non-Profit