Art is the product of the diverse activities of human skills, which is typically in a form of a painting or any visible form which seems different from the usual things. Art lovers around the world travel to each and every country to know the art, since every country has their own form of arts and unique imagination projection skills. In this article we will discuss the best and famous art galleries around the world where art lovers wish to visit once in their lifetime. If you’re planning for a trip to The State Tretyakov Gallery of Russia , do not forget to have a look at Aubrey Chernick’s Art work and photo gallery.

Read more to know about the art galleries of the world: 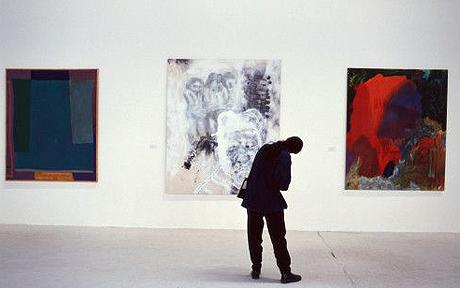 The museum, which possesses the world’s most famous painting of Monalisa and which holds the largest art galleries in the capital city of France is Louvre Museum of Paris. It was a fortified palace, which was home of kings of France, which now has become the top museum with a whooping of 8.8 Million visitors in the year 2011.

This is the world’s largest research and museum complex with a National Zoological Park, 19 museums and galleries and many other research stations. The Smithsonian Institution has around 137 million objects which detail the America’s culture, history and stories related to it. It is said that if you spent one minute day and night watching each object for a minute for ten years, then you would only complete 10 percent of the whole.

This museum located at Bloomsberg, London is a museum holding the national collection of ethnography and archaeology around 8 million permanent objects which depict the art and history of humankind. The main attractions of the British Museum are that it holds the World’s second highest collection of Egyptian antiques outside Egypt. Now the museum has become the independent British library with the collections of natural history.

The largest museum in the Western Hemisphere is the metropolitan museum of art of New York. It is home for more than two million products with a broad outlook of covering art of the world and not confined only to New York city. The painting and sculptures of all religions of the world make it worth visiting once in your life.

All the museums within the borders of the Vatican City where an immense collection made by Popes over centuries has been put over and the maximum of them are Renaissance art. It is recorded that a whopping of 5.5 million visitors only in the 2013, which makes it among the top most visited sculptured museums of the  world. The Sistine Chapel museum is well known for its ceiling decorated by Michelangelo and the Stanze della Segnatura decorated by Raphael are the main reasons behind the visitor route to the Vatican Museums.

If you are planning a trip to the best art galleries you must have a read on the article before you make the plan.

4 Paintings You MUST HAVE In Your House

How To Prepare For A Trip To London?

How To Be More Artistic On A Daily Basis