Several Australian states have recently passed laws permitting euthanasia in limited circumstances, and this has raised concerns among elder rights advocates. They fear the laws may lead to more elder abuse, whether through gradual devaluation of elder life or pressure from the family, among other factors. 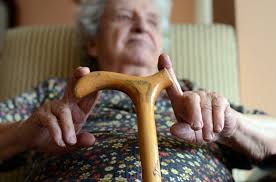 There are concerns that voluntary euthanasia laws may put some economic pressure on elders through their family. Some families may pressure an elderly person to go for euthanasia in order to protect their inheritance or to save on healthcare costs.

There are also concerns that some patients who don’t truly understand what they’re doing may be pushed to consider the option, either due to mental illness or dementia. James Burton of Alzheimer’s Western Australia has said that 35,000 Western Australians need special protection in any euthanasia laws.

The Netherlands has been used by many advocates as an example. It went from permitting suicide for those who were terminally ill to extending the laws those with chronic illness and those suffering from less serious conditions like depression. And mental illness isn’t even an excuse anymore. A 47-year-old Dutch woman requested and received euthanasia because she had tinnitus. Some advocates are raising concerns that euthanasia laws could lead to a slippery slope of abuse and neglect across the board.

The Risks of DIY Euthanasia

Helen Polley, a senator for Tasmania, says that euthanasia creates the feeling that the elderly are a burden that we should be relieved of. She says that it entrenches ageist views, as well. This could lead to a general “culture of death” that encourages the old and disabled to go for euthanasia. And there is an increasing number of ways they could do so.

The sarco capsule, which was featured in a capitalotc.com article, was invented by Nitschke of Exit International. He sees the device as aworld-changing invention because it can be 3-D printed and assembled anywhere, regardless of the local jurisdiction.

Steps You Can Take Now

Advocates for the elderly also pointed out that more seniors should get informed about their legal rights in this situation. Those who do not want to be euthanized can sign an enduring power of attorney designating several people, for example, friends and relatives, who can make decisions for them when they are incapacitated.

They should also make sure that family know their wishes and agree with them. They should sign an advanced health directive that outlines their desired medical treatment decisions. This tells doctors whether or not they want assisted ventilation, resuscitation, or euthanasia. They can also work with an attorney to clearly outline the only cases where they’d permit euthanasia, such as in the case of brain death, for instance.

While there are safeguards in recent Australian laws on euthanasia that went into effect, the possibility of elder abuse and coercive pressure remain. And as Australia’s population ages, the problems faced by the elderly, including elder abuse, will become a growing concern.

Your Essential Guide To Caring For The Elderly

Finding A HIV Testing Clinic Can Be Difficult

What You Need To Know About Electronic Cigarette Wholesale Retailers