Offering food to the gods is something that takes place in nearly all major religions around the world. It is one of the simplest ways in which people of faith can acknowledge the existence of their respective god(s) and seek divine grace (or forgiveness as and when required). The material act of offering food develops into a more spiritual ritual as time goes by, and it offers a way in which to bring together friends and family to worship as one.

Andwhen it comes to food for the gods,the Hindu faith is no different. Food plays a huge role in Hinduism, its rituals and its worship. Under Hindu teachings the food offered to the gods is called prasada (which translates from Sanskrit to mean ‘mercy’ or ‘the divine grace of god).

But when you are offering food to one of the Hindu gods, what do you choose? Do you go for the sweet or savoury option? There are plenty of Hindu gods who are well-known for having favourite snacks and tipples offered to them. Here’s a quick guide on what tooffer to keep the gods happy. 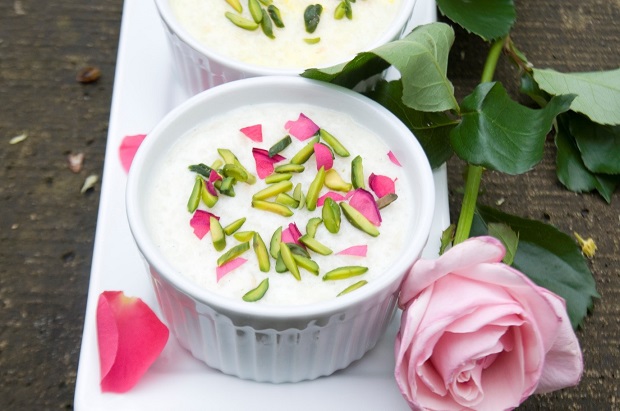 Milk: It is believed that both Lord Shiva and Ganesha enjoy a refreshing glass of milk, so make sure you’ve stocked up on the white stuff.

Laddu: These ball-shaped sweets are popular across the Indian sub-continent and favoured by Lord Ganesha too. Made from flour, milk and sugar, there are very few religious occasions that pass without a laddu (or twenty) being consumed. Although laddu is definitely Ganesha’s favourite sweet it is very versatile and can be offered to other gods as well.

Red lentils: A mixture of red lentils, water and jaggery is often offered to the gods. Lord Hanuman and Surya Dev are particular fans of the humble red lentil.

Yellow lentils: If you want to get Lord Vishnu on side you can start by offering him some yellow lentils. In fact, any yellow food would do asit’s his favourite colour.

Bhang: This intoxicating drink made from hemp leaves is a favourite of Lord Shiva. It isalso the official drink of Holi.

Jaggery: This is pretty much a go-to ingredient when deciding what to offer the gods. You’d be hard pressed to name a Hindu god who wouldn’t be happy with a dish containing jaggery.

Modak: It is said that Lord Ganesha is partial to a spot of modak. As you would imagine, these sweet dumplings are made by the bucket load when it’s time to celebrate his birthday (Ganesh Chaturthi).

Rice and dal: These two staple ingredients in India are frequently offered to Lord Ganesha, Goddess Lakshmi, Krishna and Shiva. Whether cooked or raw, rice and dal frequently appear as part of prasada.

If you are looking for a feast that is fit for the gods, then look no further than one of London’s top-quality fine dining Indian restaurants. The food served here deserves both your respect and devotion.

Is Chocolate Milk Good For Kids?

Spending An Enchanting Time In The Valley Of Gods

A traditional remedy for liver damage

Delivering The Message Of Christ Across The Asian Countries