Just because you can do it doesn’t mean you should. This applies to everything from pranks to product modifications. Truck mods range from minor to major, but there are mods of all types you should avoid. We’ll share three-truck modification ideas you should stay away from at all costs, whether because of the problems they cause or the issues those touting the mod ignore. 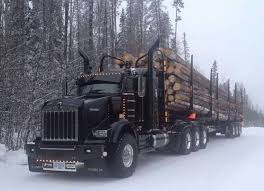 LEDs under a truck’s wheel wells and frame look cool when they’re done the right way. Done the wrong way, and it looks like you’re trying to drive a UFO. And then there’s the fact that a number of jurisdictions are making LEDs on vehicles illegal because they are considered a distraction for other drivers. If the LEDs make it hard for someone to read your license plate, it is illegal everywhere.

If you want to make your truck stand out, go for a cool paint job instead. You can’t be pulled over for it, and if you don’t like it, you can simply repaint it. And there’s no need to rewire the vehicle in the process.

Scissor doors, also called Lambo doors, make people think you really wanted a DeLorean and got stuck with a truck. Gull-wing doors are even worse and can look really out of place on a pickup. There are a number of reasons not to have your truck doors modified aside from appearance.

On gull-wing doors, the hydraulics often fail. If the truck rolls over and lands on its top, you can’t get out. And the hinges are prone to breaking. Scissor doors cause problems when other people don’t know how to get into the car. If there are issues with the hinges, you’ll have trouble getting into the car. That’s in addition to how these car doors actually make it harder to get in and out of a car over opening the doors a little and slithering out. The same potential risk of not being able to get out after a rollover accident exists with scissor doors, as well.

In both cases, good luck selling it after a mod like this. If you’re looking for good mod ideas, Black Smoke Media is a good place to start.

A low ride is intended to look cool but can also be a liability. If you turn your pickup truck into a low ride, you cannot use it as a heavy-duty hauler off-road or carry any heavy load in the back. You could end up stranded on a high-speed bump or stuck because of cracks in the road. That’s aside from the bottom of the car scraping on the pavement every time you hit a pothole.

Some mods are a bad idea because they’re against the law in one way or another. Others just look bad, while a few manage to create safety hazards in the process. If you’re going to modify your truck, choose mods that look good without creating problems.

Want To Apply For Truck Finance? Then Know A Good Finance Company