Late in 2016, a group of material science researchers at Kiel University in northern Germany announced that they had developed a new way of creating super strength bonds between metal and almost any other surface.

The interesting thing is that they hadn’t developed a new glue or metal bonding adhesive, but a way of shaping the metal at a microscopic level to give the bond maximum strength.

What is nanoscale sculpting?

Nanoscale sculpting is modifying the surface of the material to be bonded in order to maximize strength and change surface properties without reducing the strength of the material. The research group has developed a method of electrochemical etching which allows them to roughen the surface of the metal at a molecular level, maximizing the surface area for the bond without creating structural flaws – http://www.uni-kiel.de/pressemeldungen/?pmid=2016-285-nanosculpturing&lang=en.

But that isn’t all. While high-end metals almost always appear completely smooth and uniform to us, at a small enough scale, they are more similar to a piece of timber, with many different grains and lattices, some of which are perfectly stable, while others are weaker. The etching process first identifies and removes any unstable portions of the lattice which could lead to a weak point in the bond, just as a carpenter would sand down a plank, and not affix anything directly to a knot.

After initial smoothing, the team etches a series of ‘hooks’ into the surface, making the metal fit onto whatever it is to be bonded to almost like a puzzle piece, only with millions of microscopic connection points. In tests with professional grade metal bonding adhesives, such as those from http://www.ct1ltd.com/, the glue itself would fatigue and break, rather than pulling away from either surface, massively increasing the potential applications. 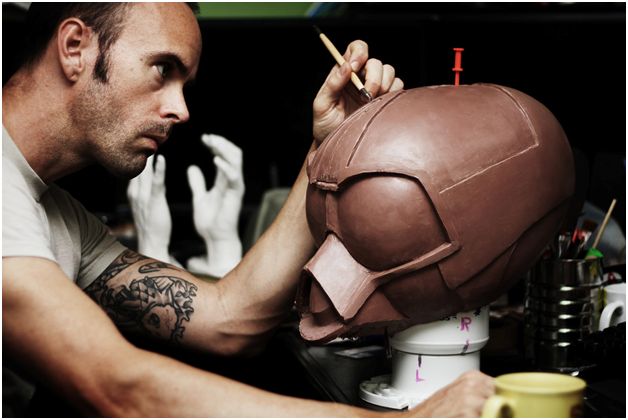 What are the applications?

While potentially too high cost for domestic or most commercial construction, this process has applications throughout all sectors, especially more demanding aerospace constructions where strength and weight are each at an absolute premium.

The most interesting application, perhaps, is in medicine. Most medical implants are titanium, with aluminium added to allow them to be fixed in place, but aluminium causes reactions and subsequent rejection in quite a few patients. With this acid etching process, any trace and unstable aluminium can be removed from the surfaces of the device, reducing the risk of rejection.

Why Aluminium Is The Right Choice For Your Bi-Folding Door

The Top Benefits Of Recycling Metal You Should Know About

A Simple Guide Explaining Everything About Whiteboards

How To Maintain and Clean The Granite Worktop