In the USA there are several people that love music and make it an integral part of their social and private functions. In the above context, there is one band that is proud to receive a standing ovation every time it performs. It is one of the best orchestral bands in the USA and the globe today. Its music conductor is a positive role model and considered to be widely sought after when it comes to outstanding performances in the land.

The name of this amazing music conductor is Vince Pettinelli. He is a skilled and respected name in the field of orchestral music in the nation and the globe. He says that music has always been his ardent passion and he is fortunate to play with some of the best musical talents in the USA today. He also says that most of his time is spent on analyzing musical scores so that every one of his performance is well organized and good. On the other hand, it is important when you are looking for a piece that creates an impact on the mind of the audience. He pays details to the whole rehearsal and is not only focused on the final day. He says that it is very important for him to ensure that his musicians are with the right beats and scores. He checks everyone and ensures that on the final day when the music scores are being played, the piece is perfect. 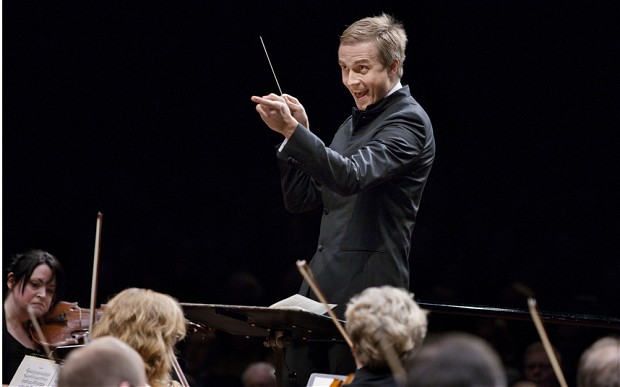 Vince Pettinelli says that most of the time at the orchestra rehearsals the music conductor will prepare his or her interpretation of the musical score. However, with good conductors the performance will only take place at the concert. This performance has the ability to be different every night. There are several factors that influence the piece of music every time it is performed. The primary role is that every time a new performance has to be conducted so that the audience is enthralled each time. He and his band have really created a powerful impact on their audiences whenever they play. He says that his band members are very serious and they ensure that they learn and pick up.

He says that there have been instances where his musicians ask him why they do the piece in a different way from how it is done at the rehearsals. He asks them whether they want an automated version of the piece or a new piece that enthralls the audience every time they come out on stage. He himself has worked with some great conductors and every time, he says they have taught him how to make every piece unique and different. This gives birth to inspiring performances that have the ability to create a potent impact on the audience. He says that this is the secret behind great music making and as performers you should not create replicas all the time.

Vince Pettinelli is indeed an inspiring example of a dedicated music conductor and this is the reason why he is widely loved and respected in the USA today!