The extremely talented and competent pilot Ric Bucklew, was bestowed with 2016 Lifetime Achievement Awardee, where the president of the United States, Barak Obama, recognized his praiseworthy effort of voluntarism, that he invested  toward improving  the lives of the citizens of America. He has an experience of more than thirty years in the industry of aviation. Mr. Bucklew works for a commercial airline with an average of seventy flights hours per month on both international and domestic flights.

He is a former Marine and a martial arts practitioner, who has served as a federal flight deck officer for over a decade. He was even a part of a rather secretive program, which was formed after 9/11 attack, where selected pilots were sent to go through federal law enforcement training which permitted them to use deadly force in order to protect the cockpit of an aircraft from hijacking. He even worked as a flight instructor at two aircraft flight school. 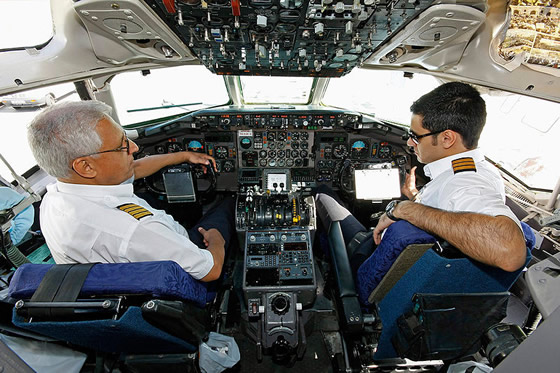 In order to become a successful and proficient commercial airline pilot like Ric Bucklew   one needs to pass several exams, along with having a first or second-class medical certificate from the Federal Aviation Administration (FAA) and a vision that can be corrected to 20/20. Other than that a Bachelor’s Degree and a minimum of two years in college is necessary. One should even consider joining the military as major airline companies have high preference for military pilots.

Apart from that one can even train as private pilots in order to learn the basics of the process of flight as well as about airplane operations, maneuvering, maintenance, and airport communications. And finally after getting the commercial pilot license (CPL), one can look for employment in one of the well-known commercial airline company and become a successful and highly respected pilot.

The obvious expected benefits of becoming a commercial airline pilot include getting paid a handsome salary, along with the opportunity of travelling around the world. A pilot gets the opportunity to visit various places such as New York, Chicago, Paris, Washington, DC and more where the airline sponsors for the travel accommodation. They even get travel benefits for family and friends, and since they have constantly changing schedules pilots end up getting a lot of time off from their work in comparison to other jobs.

The most important among the other benefits that an airline pilot enjoys is a good retirement and health insurance plan for them and their family, apart from their travel benefits which are extended for life.  They even get 401k retirement funds and paid vacations sponsored by the airline that last up to more than three weeks other than their regular time offs. Thus, in order to choose such a lucrative career with endless benefits, one should work very hard with honest dedication. They should get inspiration from pilots like Ric Bucklew , who has chosen this respectable career in order to serve the nation and make his family proud.

The Increasing Preference Of Commercial Real Estates – Its Importance And Significance

How To Travel On A Small Budget

Types Of Windows and Doors For Commercial Use