This is kind of a beginner’s guide to Cardfight!! Vanguard online. It gives the basic information that new and aspiring players need to play vanguard cardfight. That said, this guide will be helpful to competitive players and veterans as well. So, read it. You won’t regret it.

Since this guide is meant for beginners, we have used minimal lingo. However, we still expect you to know the zones and basic rules of the game. You should be able to grasp the basic rules by watching the anime, reading the rulebook, or watching others play. 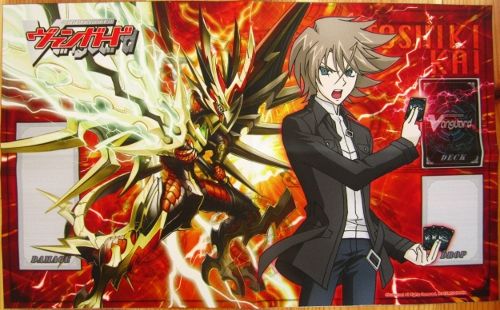 What is Cardfight!! Vanguard

For the uninitiated, this is a card game developed by a Japanese company called Bushiroad. It has been around since March 2011. Thanks to its popularity, this game is now available in three languages – Japanese, English, and Korean.

Clans have unique races. In the case of most clans, the main theme is made up of the unique races. For example, Megacolony is exclusively based on Insects. These themes can be used to create a deck. The decks are themed around a particular trait or ability such as the ability to lock your opponent’s units or prevent them from standing.

When you play Cardfight!! Vanguard, you and your rival are two weak creatures on Planet Cray. All the units found in the forms of cards reside on this planet. You are the Vanguard of your army and your opponent is the Vanguard of his army. You can gain more powers by summoning rearguards to assist you or by taking the form of units. Your goal is to deal six damages to your opponents before they deal damage to you. This way, you can banish their spirits from Planet Cray. It should be noted that every card is a unit with statistics. Actually, you can call these statistics and attack. This feature makes Cardfight Vanguard different than other trading card games.

How To Use Vanguard Games To Desire