A large number of factors are responsible for popularity of any analytical technique. The key contributions are its scope of applications, affordable cost and range of options for adaptation to meet the analysis requirement in laboratories.

HPLC or High Performance Liquid Chromatography is one technique which meets all the above mentioned criteria. The aim of this article is to highlight such factors that will help you appreciate the reasons for such wide popularity of the technique. 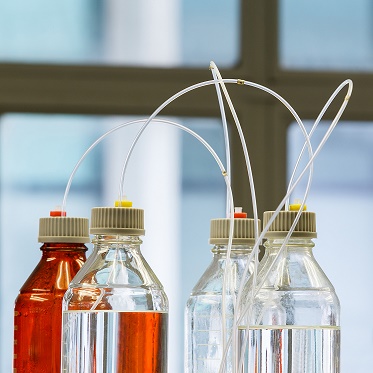 A basic working model of HPLC comprising of a UV detector, universal C 18 column, valve injector,isocratic pump and operational software for majority of routine applications would cost around US $ 20,000+/- US $ 2 to 3K depending on the make and your location. Further addition of columns, detectors, autosampler is possible to make the system moreversatile but even then the cost remains affordable by most laboratories and several laboratories have scores of installed systems.

Options for upgradation of Operational Capabilities

HPLC through its options for upgradation offers vast scope for additional capabilities which is unmatched by other conventional techniques. Let us briefly review some of these upgradations

Available detectors for HPLC include:

Choice of Columns and Stationary Phases

HPLC columns are available ranging in lengths up to 25 cm and bore sizes from nanometers to standard size of 0.46 mm. Narrow bore columns help reduce analytical runtimes to seconds instead of minutes. Long columns with wide bores are used for high scale preparative modes of operation.

New packing materials based on monolith and zirconia based materials help further expand the operation to broader pH and temperature ranges.

Speed and resolution of analysis has seen impressive growth with the introduction of core shell particle materials and others below 2.7μm size particles in UHPLC applications.

Reverse phase for separation of polar compounds. Majority of applications are covered under this mode of operation

Due to its versatility HPLC has found widespread applications in fields such as pharmaceuticals, foods, polymeric materials, life- sciences, clinical studies, environmental monitoring and forensic studies. Some of the areas listed are highlighted:

HPLC is popular in life science laboratories for separation and characterization of large molecules such as proteins, peptides, lipids and nucleic acids. Biochemical reaction monitoring by HPLC is in wide use in control of fermentation and oxidation in manufacturing processes

HPLC is having widespread use in monitoring of biochemical processes, enzyme activity, drug and antibiotic residue studies, analysis of additives and adulterants. Hyphenated techniques such as a LC-MS have contributed similarly to the pesticide and antibiotic residue level studies in fruits,vegetables and dairy products

Size exclusion chromatography is having several applications in development of new polymeric materials and manufacturing through characterization by molecular weight distribution. Refractive index and light scattering detectors have served to further enhance the scope of such applications.

The stage is already set for widespread use of HPLC inuniversity laboratoriesand manufacturing industry in quality control and product development activities. Seeing the present trend HPLC is expected to retain its dominant position in modern analytical laboratories.

How To Choose The Right AR-15 Scope

Trophy – A Complete Achievement For Giving Reward To Best One

10 Factors For Finding The Perfect Transformer

Safety Tips For Making Home Improvements On Your Own

How Pricing Varies by The Type Of Firm?