There are a variety of things that you think about when you are asked about where you live. One of the most important factors is whether you’re happy or not in the city or country that you reside in. Singapore was ranked the 22nd happiest country in the world, meaning that its residents are ecstatic about the quality of life that they are entitled to. This survey was released on March 16th and named Singapore the happiest region in the Asia-Pacific and with a 6.739 “Happy Index” rating, 22nd in the world. 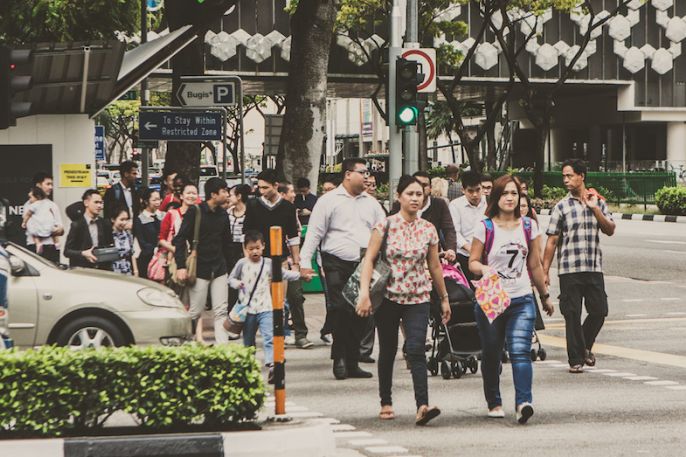 There were over 3000 people from each country that were polled in this survey and there were 11 categories that they were surveyed in. Each of their responses was to be recorded on a scale of 0 to 10, 0 meaning they are completely dissatisfied and 10 meaning that they wouldn’t change a thing. Gallup, an international research company, was responsible for the poll by using their trademarked Gallup World Poll system. There were 157 countries surveyed this year which accounted for approximately 99% of the world’s population.

Participants were to partake in phone interviews in more developed countries and with face-to-face interviews in the developing world at selected households. There were also a variety of rural areas that surveyors were sent to, as long as the area didn’t risk bodily harm. Freedom from corruption, life expectancy, GDP per capita, emotional state, and generosity were all measured in the survey.

The Happiest Countries in the World

Nothing much as changed in terms of the happiest countries in the world, with Denmark, Switzerland, Iceland, and Norway ranked as the top 4, Denmark leading the pack with a “Happy Index” of 7.526. The closest areas to Singapore were Thailand at 33rd, Taiwan in 35th place, and Malaysia in 47th place.

What Does it Mean to Be Happy?

With all of these surveys circling around and taking a substantially small population sample (there are over 5.6 million residents of Singapore as of July 2015) it makes you wonder what it really means to be happy. Does a survey accurately describe the environment of the country based on the opinions of only 3000 people? Or does the random selection of participants make it a valid assumption that Singapore should be ranked 22nd on the list. Some residents of the country believe that these findings are either too good to be true or quite representative of how they feel.

How Can Singapore Improve?

The three main areas that were studied and are of the most concern for Singapore include: generosity, perceptions of corruption, and freedom to make life choices. If the country is interested in making their way to the top of the list they need to focus more on those areas. Though they seem to be doing quite well in GDP per capita, social support, and healthy life expectancy. By taking the time to improve society’s perception of the 3 worst ranking factors, they could easily skyrocket into the top 10.

Morris Edwards is a content writer at Singapore Company Incorporation Consultants Pte Ltd, where he writes most content on the site, and also writes the company blog. Topics ranging from Life and working in Singapore to Doing Business in Singapore. One of his article includes “Singapore again rated most livable in Asia Pacific” and “Expats in Singapore, Where They Work and What They Do”.

Why Sculptra Is So Effective