Ladies and gentlemen, the wait is finally over! On today’s historic day, India’s fastest train has been flagged off for journey. The Gatiman Express runs between the capital city of Delhi and history city Agra. The 188 km distance is usually covered in 3 hours by other vehicles. Gatiman takes only 100 minutes to reach the Agra cantonment from Delhi’s Hazrat Nizamuddin station. This is possible only because the train moves at a speed of 160 km/h. 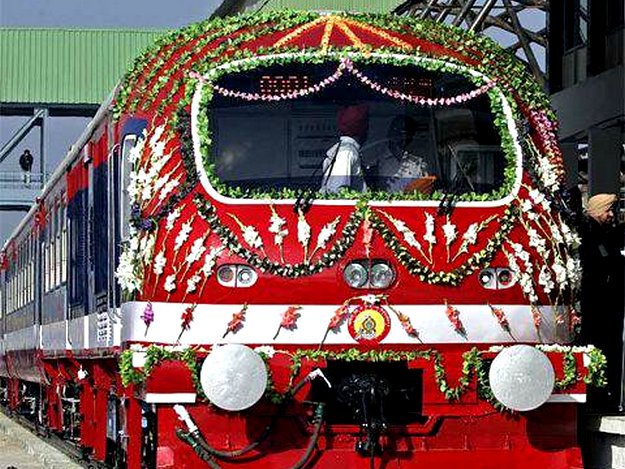 As our Railway Minister Suresh Prabhu flagged off the iconic train on its first journey, people could not stop admiring the beautiful train and its state of art facilities. Listed below are the unique points about Gatiman Express, which make it a special from all the other expresses that we are used to riding –

With such state-of-the- art facilities, Gatiman express will be a success among all the express trains running in India. Do not forget to experience this unique journey if you are travelling between Delhi and Agra.

Top Luxury cars in India – The automobile industry in India has seen a real surge in the last decade or so with a lot of luxury automakers coming out with some of the most premium models in the country which is something that we have not seen previously.