In this day and age of hyper-partisan politics, sometimes it feels as though there isn’t much on which we can all agree.

One only has to take a look through the editorial pages of the Asheville Citizen-Times to see just how vehemently some of us differ on policy and on politics.

One exception, polls have consistently shown, is the common-sense notion that voters ought to show their ID at the ballot box and prove they are who they say they are. For years, pollsters have found that an overwhelming majority of North Carolinians support this sensible idea. 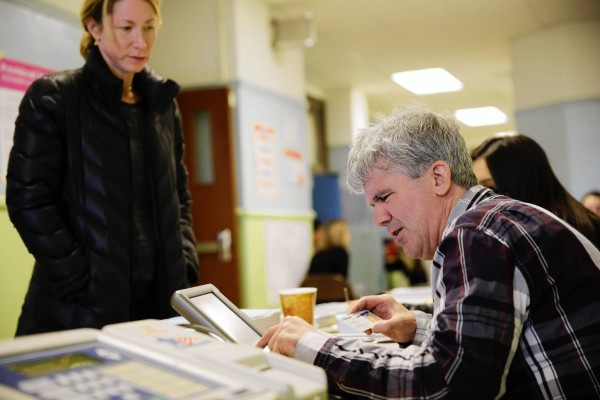 That’s why, when the General Assembly comprehensively reformed our election code last year for the first time in decades, chief among the changes was a straightforward requirement that voters show one of several government-issued photo IDs at the polls.

And that’s why I expect North Carolinians of most political stripes will appreciate the recent decision by a federal trial court upholding those reasonable reforms.

While most people consider it a no-brainer to confirm voters are who they say they are, for the past several months a relatively small but vocal group of political opponents has fought the law using a series of familiar but supercharged tactics.

They wildly mischaracterized and made patently false claims about the legislation that was considered by the General Assembly and ultimately became law. They called the law’s supporters names that should not be repeated. For good measure, they trumpeted their rhetoric through countless media spectacles.

And when all else failed, they worked to lock up the legislation in court indefinitely, seeking years of litigation that would come at a tremendous cost to taxpayers.

Fortunately, in the decision earlier this month, the federal court calmly rejected their efforts to take this political theater to court and demonize their political opponents. They reinforced the ideas that a court of law is no place for political grandstanding and that facts do matter – for example, facts like these:

First, opponents were flat wrong when they predicted voter turnout among minorities would plummet under the new law. To the contrary, minority turnout increased in the May 2014 midterm primary– the first election held under the reformed system – as compared to the last midterm primary held in 2010.

Second, in contrast to the opposition’s claims, the General Assembly enacted the reforms in a way that gave both the public and the bill’s opponents ample time to be heard. In fact, the court noted that the Senate Democrat leader thanked legislative Republicans for a good and open debate.

Third, the opinions of the professionals who actually run elections hold more weight than the speculation of protesters. These professionals have had little trouble implementing a system that restores transparency to the election process and creates clear guidelines that everyone can understand and follow – while still ensuring abundant time for voters to make their voices heard.

Finally, the court recognized that the legislature is the people’s branch of government – the branch most directly answerable to the people, and therefore the branch tasked with making the decisions on public policy issues faced by our state. And if we get it wrong, we must face the voters.

In the face of overheated accusations and hyperbole, the court refused to interfere with that direct accountability between the people and their legislators. Their decision marked a small victory in the effort to prevent those who lose at the polls and again in the legislature from taking their political fight to the courtroom. And it preserved the ability of legislators to fulfill their promise to voters to ensure the integrity of one of our most sacred rights.

Despite all the courtroom drama, the fact is the new law should improve everyone’s voting experiences this fall. More early voting sites likely will be open, and at least the same number of early voting hours will be maintained. More voters across the state will have their voices heard in legislative and judicial races.

And above all else, officials at the polls throughout early voting and on Election Day can better protect the vote of all North Carolinians. That’s something we can all agree is vitally important.

Arkansas Desegregation Agreement Outlives The Law It Is Based On

Governmental Issues Needs To Be Cleaned Up