Have you ever heard the old adage that a “bad day of fishing is better than a great day at work”? For many people, that saying is consistently true and it keeps them heading out to the water every spare minute they have. Fishing during the day can be a great time to soak up the sun and do a little day-drinking, but have you considered what the water is like at night? Certain species of fish are more active in those nocturnal hours and can be easier to catch. Included here are a few reasons you should go night-fishing. 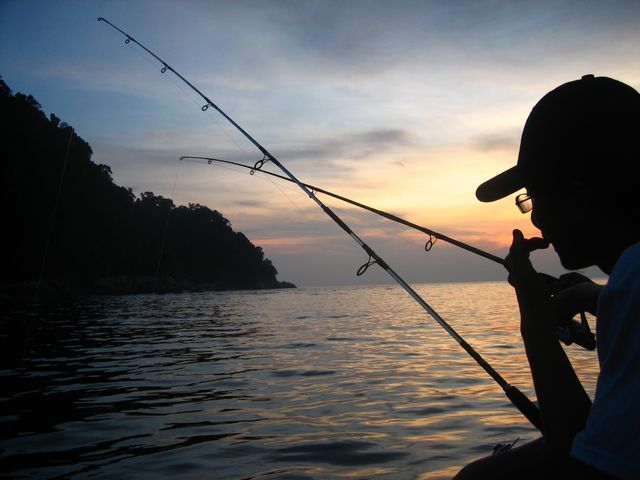 Certain species of fish are nocturnal and simply become more active after the heat of the day. By researching what species are present in your local waterbodies you can understand what to fish for. Popular fish that are often caught at night include catfish and burbot. Keep in mind, you do have to alter your fishing techniques to be appealing after dark, and pay attention to the cycles of the moon.

If you have ever seen an image of those beautiful blue-light illuminated waters you may have believed it was a job well done on photoshop. However, bioluminescence is a naturally-occurring defense mechanism in algae that creates blue light when it becomes disturbed. It is, understandably, not a phenomenon that can be witnessed during daylight hours and requires a visit to the water at night.

Have you ever been stuck on a lake where all thirty fishermen have boated into the same bay? Things tend to get a little crowded and you are playing a tricky game where you hope the bitey fish catch your bait first. One of the benefits of fishing at night is that there will be little to no competition in your favorite coves. You also can avoid waiting in line at the boat launch and, in some areas, don’t have to pay a launch or pier fee.

Being out on the water at night can give you an entirely new perspective on your surroundings. Areas that were formerly boring and featureless can become interesting, or even spooky, after dark. You may have to rely on previous maps to know where you are headed and depend on technology to find the fish. It is an entirely new experience being out under the stars and you may never return to being a day fisher.

Everyone knows one of the chronic problems of fishing on the water all day is the overwhelming amount of sun exposure. Your skin can quickly become fried and dehydration headaches are no fun. By hitting the water after dark you can stay cool and cut down on your risk of skin cancer.

Want To Experience Best In Fishing? JP Tackle Is With You

Tips on Packing for a Perfect Fishing Trip

Get Rid Of Malware Attacks For Your Business Software