Food
4 Knives That Everyone Needs In Their Kitchen
Knives are not the only things that complete a kitchen, but they are certainly some of the most basic and important requirements for a cook. A lot of people don’t even realize the importance and convenience of using specific knives for the specific jobs that they were designed for, so they end up using the same knife for everything! In case this applies to you or someone you know, here are four knives that everyone should buy for their kitchen or gift to someone who doesn’t have them yet.

When someone mentions a kitchen knife in general, they are probably talking about this one, and rightly so because the chef’s knife is the most important knife on this list. The versatility of a chef’s knife is unmatched because this one tool can be used to slice, dice, chop and even mince. Generally, the blade of the chef’s knife is about 9-inches long, but there are a lot of variants these days. If you were to have just one knife in the kitchen, this would be it, but remember that while it is truly versatile, the chef’s knife cannot handle everything and you will need help from the others on this list from time to time.

The cleaver is a heavy-duty knife that you will use to chop meat and bone without spraining your wrist. The effort that it would require if you tried to cut large pieces of meat and bone down to size with the chef’s knife is nothing short of herculean and is a complete waste of time and energy. Cleavers are also known as butcher knives because that’s basically what butchers use to cut and sort out the meat. The size of the cleaver differs quite a bit, depending on the kind of use you have in mind, but nothing short of a 6 – 7-inch blade is any good. 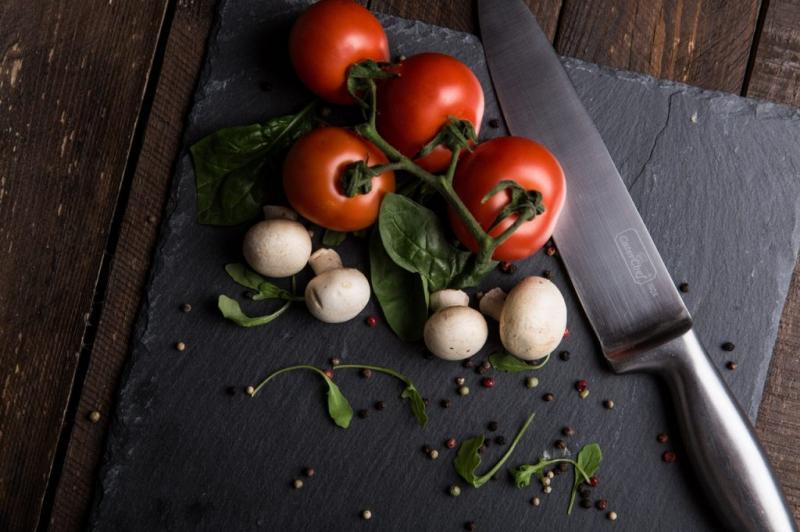 The carving knife is what one would use to carve up a turkey or a chicken roast, so it is a common site at Thanksgiving or Christmas dinners where the host uses it to slice off thin pieces of meat from the roast. Granted that it isn’t as useful for regular use as the chef’s knife, but carving knives are still an important part of your knife set, especially during the Holiday season.

Often found in bread knives, the serration is necessary for cutting bread and cakes without pressing down and crushing the soft loaves while trying to get through the crust. The blades are generally long to help in cutting big loaves of bread down to pieces and the serration also comes in very useful while cutting tomatoes and other soft veggies.

Now that you know which ones you need, head over to Knifeista.Com because they have all the knives and the information that you can possibly need to choose the best products for your kitchen.

Also, remember that irrespective of how sharp your knife is in the beginning, it will eventually start to lose its edge. That’s why you need to sharpen your knives regularly to keep them in peak condition for years.