With any newly emerged and flourishing industry, the creation of new jobs and vacancies typically follows. eSports – an industry which has been on the rise for the past decade – is no different.

In 2011 Twitch.tv launched and the first major eSports tournament was held. Since then, eSports have become widely recognised – particularly for the vast amounts of money it is bringing in, and for the huge revenue potential it is yet to unlock.

For the first time ever, being a professional gamer is now viable career choice for many people, either through streaming or by playing tournaments at the top level. With more games likely to become eSports in the near future, more gamers will get the chance to go pro. 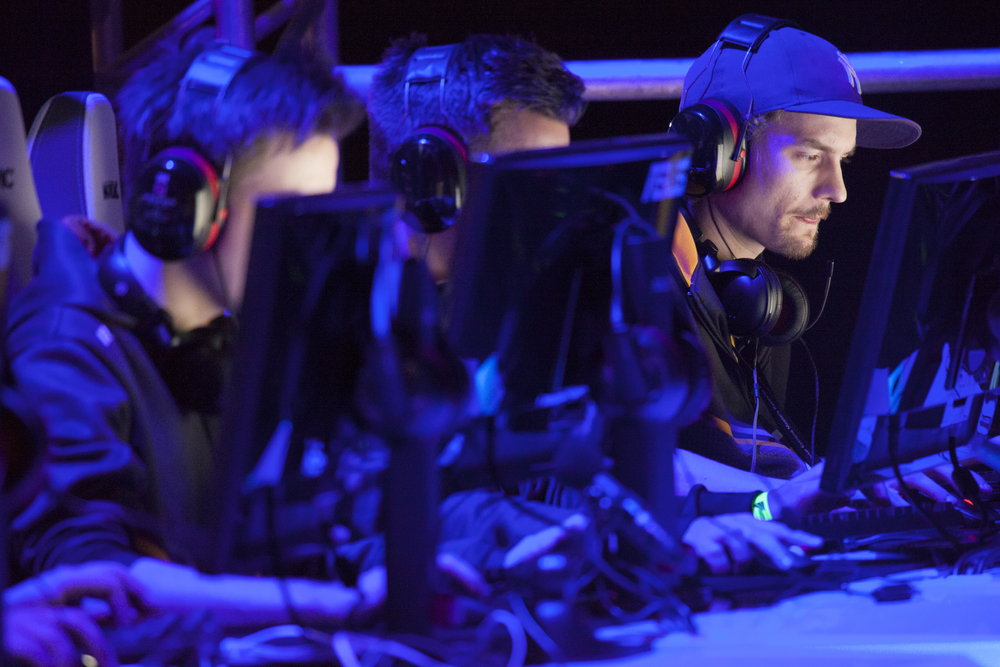 But a gamer needs help in training like a pro. Most professional eSport teams have a dedicated coach who work with the players to help get the best out them. They may plan exercise routines, meals, team-building exercises and most importantly practice time. This includes analysing the teams plays and working out their strengths and weaknesses. The role is very similar to the coach position you’d see in traditional sports team – yet requires a specialized knowledge of eSports, making it a rather unique – but in demand- role.

Twitch.tv allows players to stream themselves playing games. Through the popular streaming service, skilled or otherwise entertaining players have managed to amass a wide viewership. Many companies have managed to cash in on the opportunity of sponsoring these players to get their products seen by the thousands who tune in to their favourite streamers. eSports has lead to computer hardware companies developing technology for the gamers to use. A professional player praising a company’s mouse or headset goes a long way, especially if the player has lots of fans. Maintaining and negotiating relationships between teams or eSports platforms and their sponsors is a job in itself – one which requires knowledge of marketing and branding.

This person should also analyze online revenue performance to make sure that the group is making money by budgeting well and seeking out partnerships. Many organisations need translators as eSports is a very international industry. Players have to travel the globe to get to tournaments and translators make this operation much smoother for the players and the organisation itself.

That’s not the only type of role for marketers in the eSport industry, however. Professional teams run by organisations, such as Evil Geniuses or Fnatic require a social media manager. They need someone who can promote their teams and organisations by responding to messages and sharing news and information about them.

Tournaments have increased in popularity and frequency and often manage to sell out entire venues such as Key Arena in Seattle. Similarly, companies have their names advertised at these venues and on the uniforms of the players. The tournaments themselves also require organisers, cameramen and a production team to make the tournament high quality and watchable for a large audience. The stages need to planned as well – the booths that players compete in need to be sound-proofed, comfortable and have working computers set up.

In addition, post game analysts are popular as they help viewers who are less familiar with the game make sense out of a large part of what they are watching. They serve a similar role to analysts of more traditional sports, although they may be more informative and explain some of the decision-making of the pros. This is often done live at the tournament itself, although it is also very popular to follow websites who report on matches.

eSports has lead to the creation of websites that host match statistics, have in-depth match analyses as well as guides for less skilled or newer players. These websites require journalists and writers to produce content for them. Many websites also offer coaching to players. We have seen this done successfully in many different ways. Some websites are subscription based and provide helpful content from the top players to help them improve their game-play while others offer hourly coaching from talented individuals. This allows for coaches to make money and support themselves as well as for the websites to run and advertise/sponsor them.

eSports, like any traditional sport, is now also popular for betting. Many eSport betting websites have launched, offering both betting statistics and the actual means through which to place bets on esport tournaments. This has created a need for bookmakers to research the odds behind bets, while also allowing for lots of opportunities to launch professional eSport review, guides or affiliate sites – content such as we have traditionally seen on poker review sites.

In conclusion, there are a great number of ways to get involved in the eSport industry thanks to the vast number of jobs it has created – each one helping the whole thing come together. With most people predicting that this is an industry to make billions of dollars in the coming years – it might be worth video game fanatics considering how their own skills could be used in eSports.